Short Bytes: FreeDOS 1.2 operating system has been released by the FreeDOS project. The new release comes with many updated packages, DOS-compatible games, and a revamped installer which eases the setup process for new users. The FreeDOS Project’s founder Jim Hall has announced the latest release of the FreeDOS operating system after waiting for almost four years since the previous release. FreeDOS 1.2 marks the third major update in the FreeDOS family known for it extremely slow release cycle. The updated and simplified installer in FreeDOS 1.2 counts to many visible changes which include various new and updated packages. With FreeDOS 1.2, the project has made attempts to ship something more than just the core package experience they focused in the previous releases. FreeDOS 1.2 also includes a variety of DOS-compatible games.
Download FreeDOS 1.2If you want to tickle your nostalgic nerves. You can find the download links for FreeDOS 1.2 here.

Popular posts from this blog FBI Hacked, Again! Hacker Leaks Data After Agency Failed to Patch Its Site
It seems like the FBI has been hacked, once again!
A hacker, using Twitter handle CyberZeist, has claimed to have hacked the FBI's website (fbi.gov) and leaked personal account information of several FBI agents publically.
CyberZeist had initially exposed the flaw on 22 December, giving the FBI time to patch the vulnerability in its website's code before making the data public.
The hacker exploited a zero-day vulnerability in the Plone CMS, an Open Source Content Management software used by FBI to host its website, and leaked personal data of 155 FBI officials to Pastebin, including their names, passwords, and email accounts. CyberZeist tweeted multiple screenshots as proof of his claims, showing his unauthorized access to server and database files using a zero-day local file inclusion type vulnerability affecting its python plugins.
Hacker also found that the FBI's website is hosted on a virtual machine …
Read more 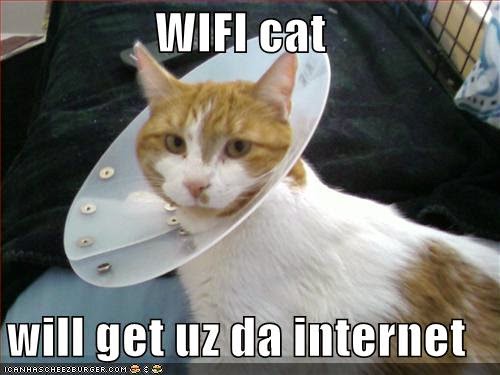 What do you expect from your cat to come back with?? Perhaps with a mouse or a bird – none of your use. But what if she come back with your neighbors’ wife details? Really Interesting! A creative security researcher has found a way to use his pet cat mapping dozens of vulnerable Wi-Fi networks in his neighborhood. Gene Mansfield, a security researcher with Tenacity, managed to turn his wife’s grandmother’s pet cat Coco into a roaming detector for free Wifi networks by just using a custom-built collar, which was made from a Wi-Fi card, GPS module, Spark Core chip, battery and some fetching leopard print fabric. Bransfield dubbed his experiment “Warkitteh” – on the concept of “Wardriving”, where hackers used unsecured Wi-Fi connections from a parked car. He decided to turn his cat into a hacker because he found the idea amusing, and also because cats are the one that consumes as much as 15 per cent of internet traffic, with the popularit…
Read more